A player is considered to be inactive when he does not interact much in a game or has left it, while he is still alive.Course of actionIf your inactivity exceeds 4 minutes, a message will appear on your screen.You will then have 1 minute to confirm your presence in the game.If you do not, you will be considered to be inactive and removed from the game.Your role will be revealed to the other players as well. 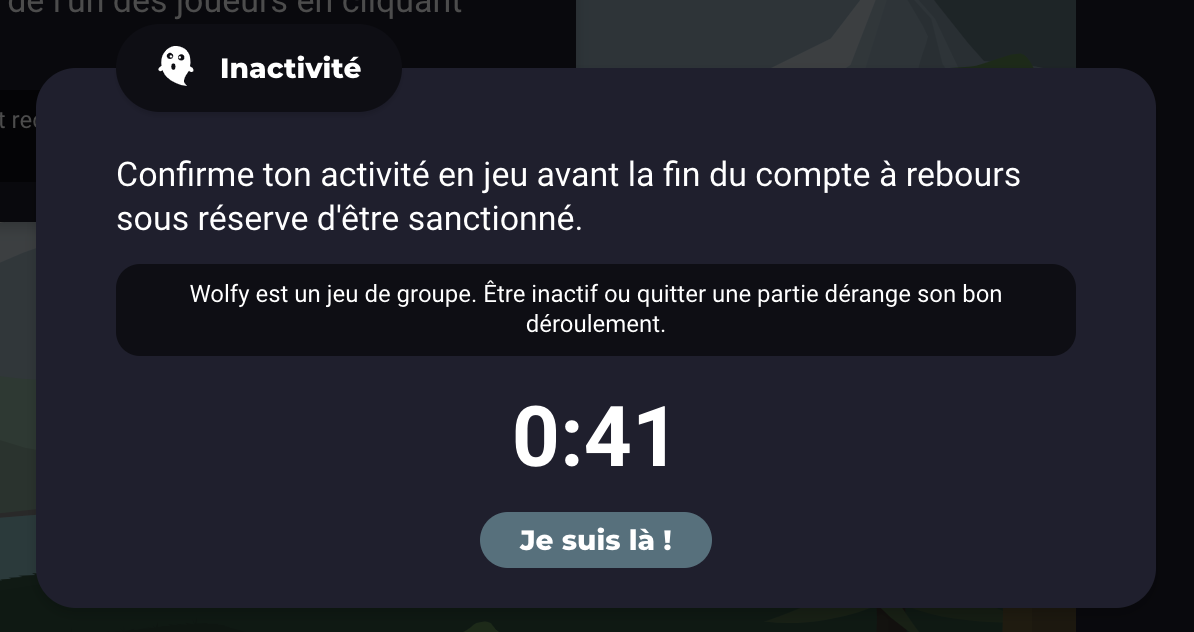 PunishmentsInactivity is forbidden and punishable. In fact, in an online game, it penalizes the other players and makes their game unbalanced.Moreover, you expose yourself to punishments in case of a repeated offence.If you accidentally leave a game, you can click on any game in the list, which will take you back to the game you were previously playing.Competitive GamesInactivity in a competitive game is automatically punished with a ban of one hour.Players using this game mode are looking for reflection, the balance of their game is essential.When you join a competitive game, make sure you have the ability to actively participate in the game (by getting involved in the debates), and the time needed to complete it.Leaving a game while being deadOnce you're dead it is possible to leave a game in order to join another one.You will still gain the experience and the laurels of the game.However, it can be useful to stay in the game after your death to communicate important information, or to help the Necromancer if that role is present.Read moreYou can refer to these guides to learn more about Wolfy:Different types of gameModeration on WolfyAppeal a punishmentReport a player