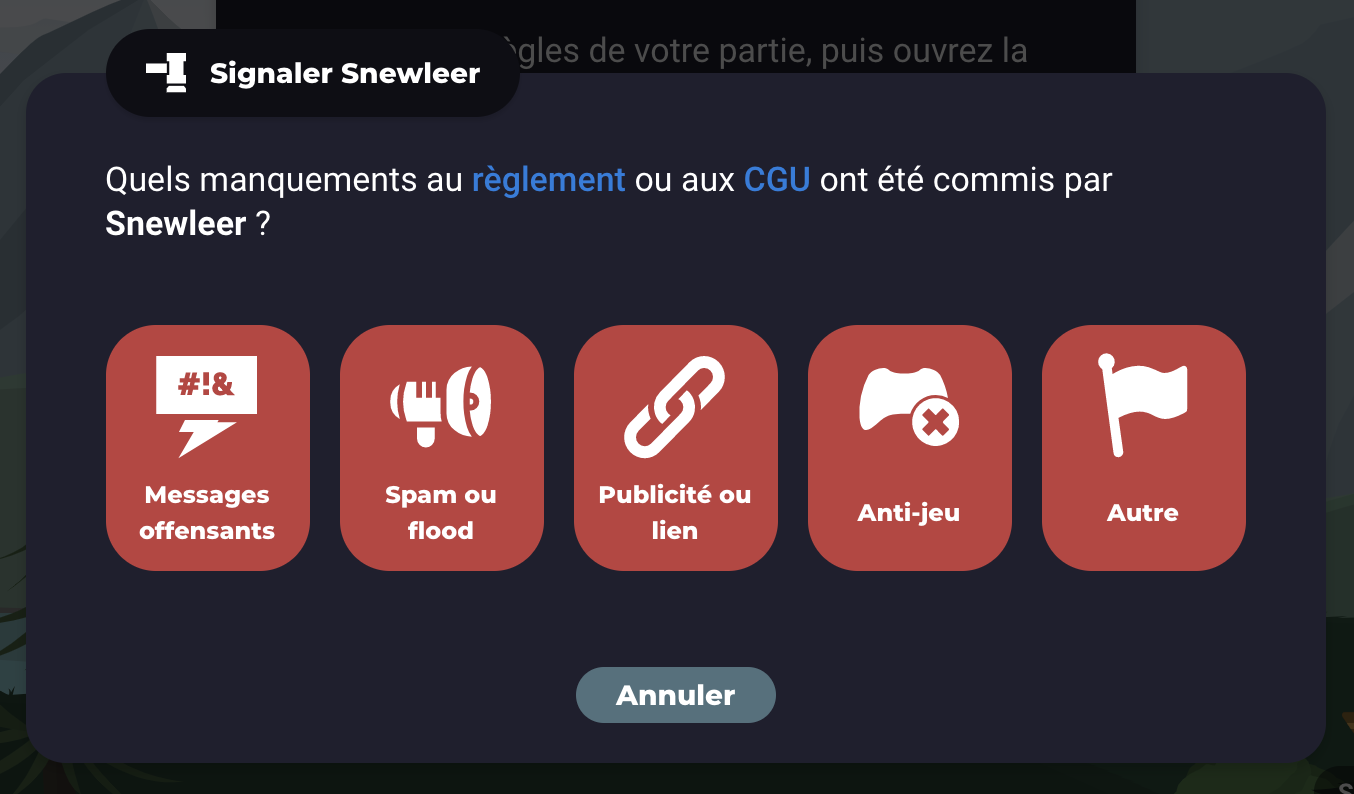 Offensive MessagesIn this category, any message that is considered to be provocative towards a player can be reported, whether it is an insult or a soft provocation (without insults) but with the purpose of annoying other players.

Similarly, any message used to bypass the insult filter is considered offensive

Finally, any language spoken other than the one initially planned for the game (English if the game is launched in a English-speaking game) is considered an offensive message and may be reported:

Spam / FloodSpam is the repeated and abusive use of identical messages and flood is the use of useless messages that are intended to annoy other users.Thus, spam can be a sequence of messages like this: 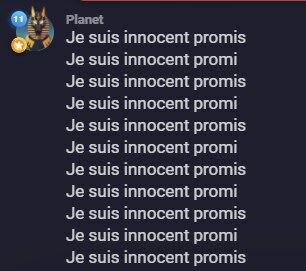 The flood can be messages unrelated to the game and the game in progress as for example a literary work: 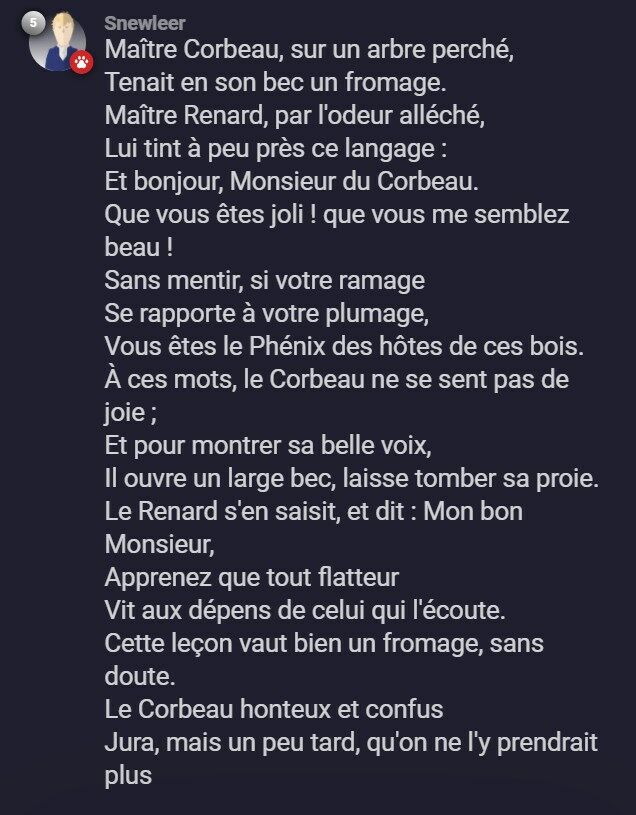 This can also correspond to character patterns called ASCII patterns: 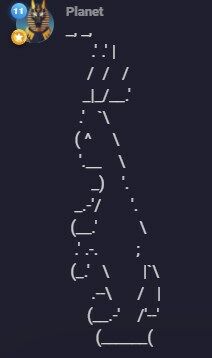 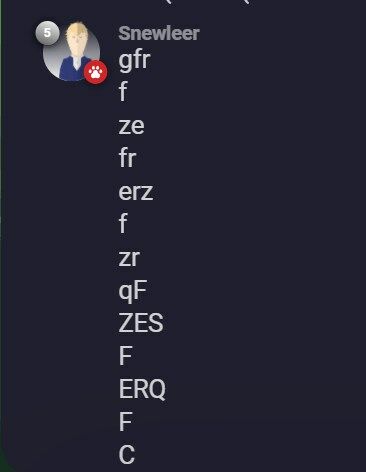 Advertising and LinksAny link or advertisement is prohibited, including advertising for a YouTube channel, Discord server or other.

You can however post a link about Wolfy in order to help another player:

TeamingTeaming is a form of cheating in which several players will exchange information in order to win or to harm a team. It can be spotted if a player has information that he is not supposed to have, such as a player who is able to give away all the werewolves in the first round and is not a Seer, or if he admits to it himself:

If you have any doubts, you can always report the player. Moderators analyze the reports and will make the right choice.Unveiling the Couple or the WerewolvesAny disclosure of information that could harm your team is punished, such as:A Werewolf revealing another Werewolf, even if the Werewolf giving the information gives that information after being dead (via the Necromancer).The White Wolf revealing the other Werewolves: Although the White Wolf is playing alone, it would not be fair to reveal the Werewolves.A member of the couple who reveals his or her partner when victory is not assured. For obvious reasons, Cupid is not allowed to reveal the couple either. If he thinks that a member of the couple is not on the side of the village, he must convince the other players in a subtle way.

Copy pastingCopying and pasting information about one's role is unfair gameplay since it acts as evidence and the player cannot be accused afterwards, unequally breaking the strategy of others. Thus, any private information or message related to a power given to you by your role should not be revealed publicly.

Unjustified SuicideSuicide in game is a sacrifice that is not intended to help one's team. For example:Suicide for lack of time.Suicide due to disappointment with the role assigned.

As a Werewolf, it is forbidden to cast a vote on another Werewolf. Anything that can harm your team, without a strategic reason, is punishable.However, there are several exceptions:When the Talkative Wolf makes no effort to place his word (Example: to place "Palm Tree" the player simply says "Palm Tree").When a Werewolf is in a relationship with an innocent player, the goal is to win as a couple.When the targeted Werewolf has been warned and has given his consent (the previous night for example).When the Dictator becomes infected the night he decides to take over. He may then choose to kill a Werewolf to clear his name.When a Werewolf has been revealed by the power of the Gravedigger and the second person revealed by the Gravedigger is dead or has already been proven innocent in the past.When a Werewolf is certain to die (e.g., if a majority of the vote is cast as the vote ends).When a player who has accused a Werewolf finds himself infected the next day. He may continue to vote for the Werewolf he accused the day before in order to avoid appearing suspicious to the village.It is forbidden to try to kill the White Wolf (by day or by night) at the beginning of the game, as it allows more villagers to be killed. Killing him becomes possible at a later stage of the game: when the gap between Werewolf and villagers is negligible.OtherIn this category you can report anything that you think is wrong with a game but does not meet any of the above criteria. Here are some examples:The use of an alternate account by a player.Prolonged inactivity in a game.Abuse of the votekick system.Exploitation of bugs.Relentlessness (killing the same player in the first round).Incorrect username.Read moreYou can refer to these guides to learn more about Wolfy:Moderation on WolfyAppeal a punishmentReport a playerNinja votes