If you want to propose an addition to Wolfy, you can do it from the feedback available here. It is a website where you can propose your ideas for Wolfy, and also report bugs.

InterfaceThe interface consists of several tools: SuggestionsFilterSearchSuggestionsThe feedback is used to reference all the players' suggestions. They have a name, a reference number (in chronological order), a description (which can be accompanied by attachments), as well as a like/dislikes counter. It is also possible to react to the ideas with comments.All players can propose their ideas. Each post shows the nickname and profile picture of the author.If you have not created an account or are not logged in, your posts will be displayed as coming from an anonymous author.FilterIt is possible to sort the articles via a filter."Roadmap" will show you the timeline of suggestions that have or will be adopted by the team."Best" will show you the suggestions that have received the most votes."Popular" will show you the recent articles that have received the most votes."Newest" will show you the list of articles from newest to oldest."Role, Site, etc..." will show you the articles that are tagged with that category. It is the administrators who set the tags so don't worry if your suggestion doesn't have any yet, and avoid indicating them in the name of your post, it would force the administrators to remove them."Planned, In progress, etc..." are status indicators on the proposal. You can search with them or go directly to the roadmap. 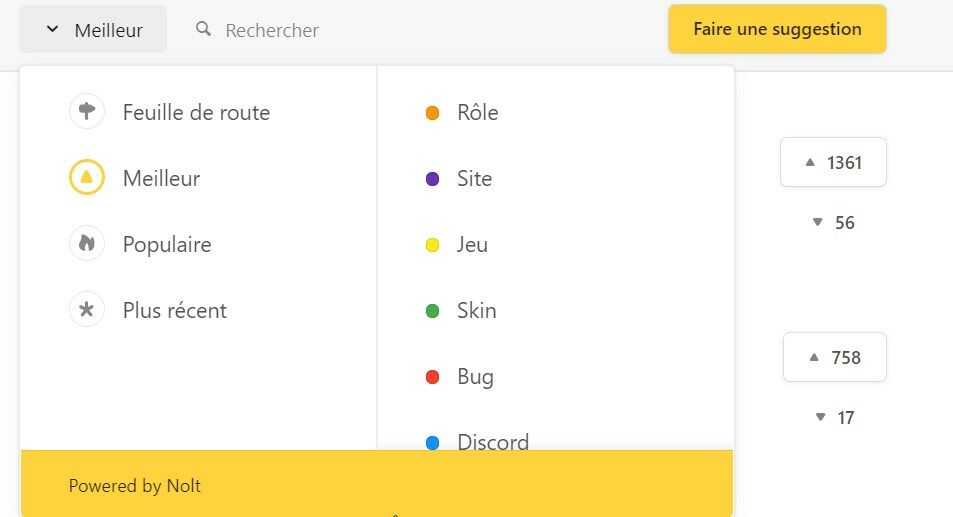 SearchA search module allows you to enter the words that should appear in the name of the suggestions you are looking for. This can be very effective to check that you are not about to write something that has already been suggested! 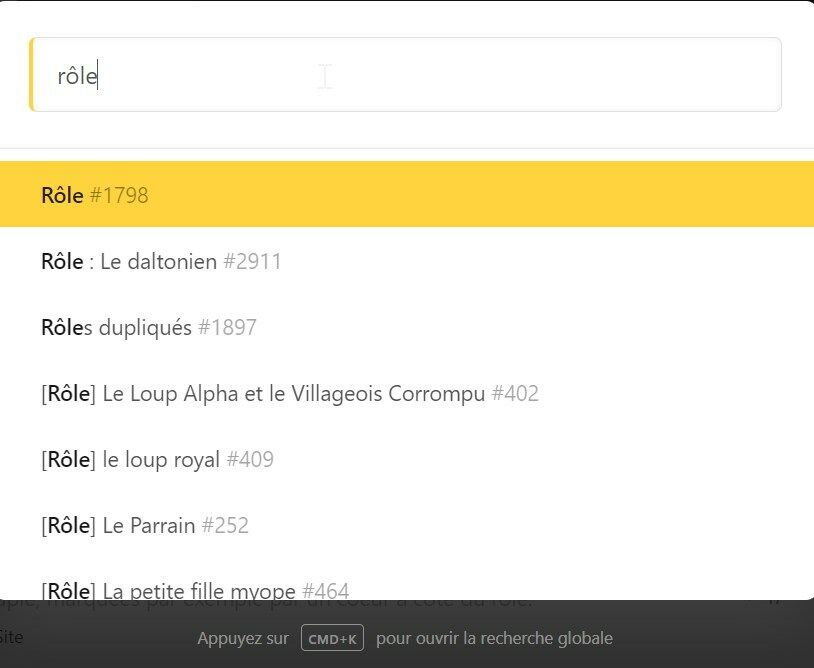 Tips for designing a viable roleThe main reason to use feedback is to propose new roles. But how do you create a good role? Here are some tips for thinking about it.The main requirement is that under no circumstances a Wolf should be able to become a Villager. If it does, the role is directly unplayable because the Wolf will be able to communicate the identity of all the other Wolves in the village, which will lead to the end of the game.A good role should be summarized in a few sentences. If you find that it takes you twenty lines to explain it fully, it is too complex.In the same idea, a role should not have a huge amount of powers and conditions. It is better to limit it to one or two powers.This is also to prevent your role from being too powerful, or so powerful that it is unplayable.Do not link your role to solitary roles. By definition, a solitary role plays alone, so no other role can be attached to it.Similarly, don't tie your role to the couple, the couple must win alone. Being in a relationship is already hard enough to play.Finally, be creative, and explore new avenues rather than rehashing a role that was already created!Read moreYou can refer to these guides to learn more about Wolfy:Wolfy's storyThe name "Wolfy"First stepsWolfy in game