Wolfy is the trademark name of our video game.It has evolved over time and has it's own story.From LoupsGarous.fr to WolfyAt it's launch in September 2018, the game was known under the name of LoupsGarous.fr. The app did not exist yet, and this name was chosen to indicate what type of game it was directly in it's name.Only a few months after it was launched, the team was already questioning the name. Is it really pertinent to keep such an impersonal name to the game?We had to choose an original title, which offered a unique identity to the project.Wolfy was then chosen. It's the contraction of "Wolf" which is synonym to "Loup", and the suffix "-y" wanting to be affectionate. Wolfy reflects by it's name a nice Wolf that can be fun to play with. 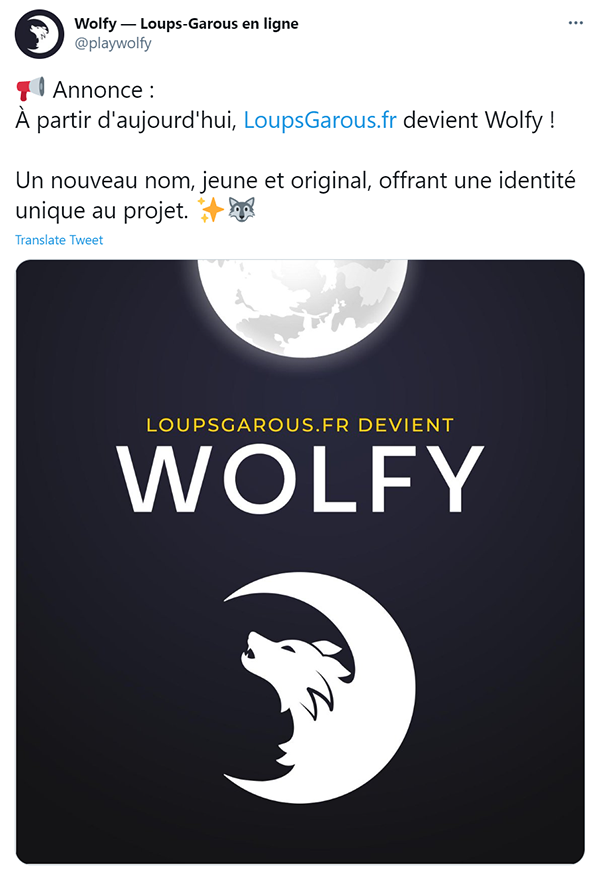 Read moreYou can refer to these guides to learn more about Wolfy:Wolfy's storyFind WerewolvesGlossary of Wolfy terms