A ranking is put in place to know which players have acquired the most laurels or experience to promote competition between players.How does the ranking system work?First of all, you simply need to click on "Ranking" in the menu on the Hub to see Wolfy's current leaderboard. 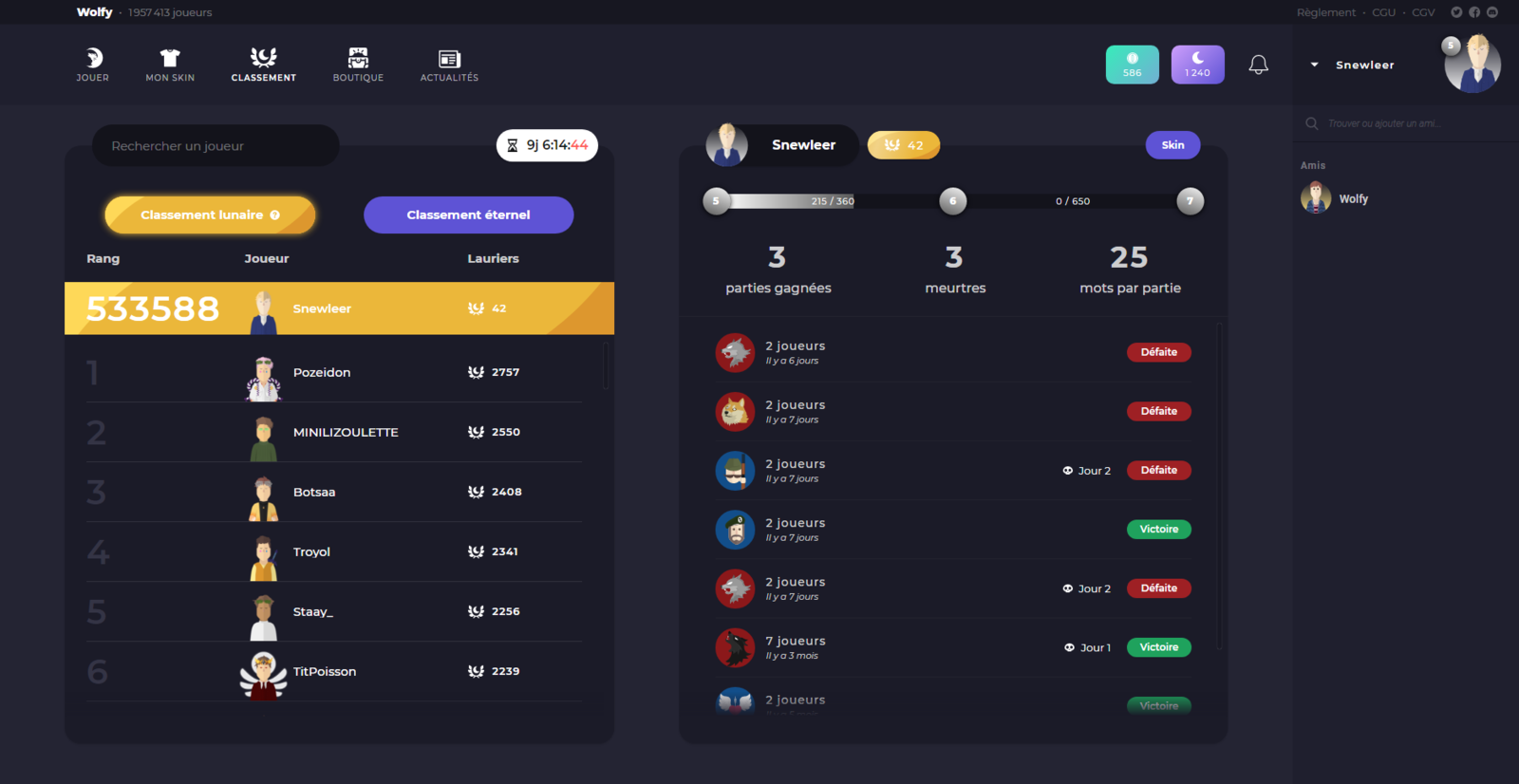 This page is separated in two distinct parts. The left side presents the current ranking, and the right side presents detailed statistics.RankingWolfy proposes two different rankings :The lunar rankingThe eternal ranking The first one is determined according to the actions of the player that can help him win or lose laurels. As a result, the player who won the most laurels between two full moons will be in first place. Also, the more laurels a player has, the harder it'll be for him to acquire them.Lifetime rewards are offered according to your lunar ranking: 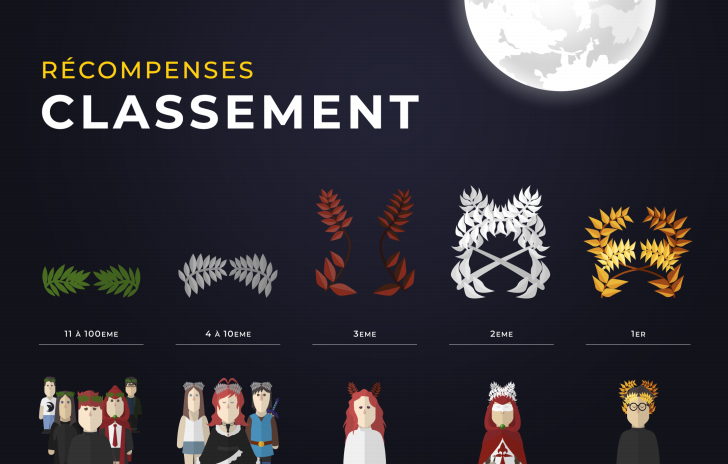 Players who have more than 500 laurels will lose a percentage of them at every full moon, indicated by the timer on the top right corner of the ranking.The eternal ranking, however, never resets and is determined according to the experience you win during a game. As a result, the player with he highest level will be in the first place of the ranking.Game HistoryThis zone allows you to know different information about yourself or other players. In fact, it is possible to obtain all this information for any other player by searching their username in the text box "Research a player" in the top left corner of the ranking. 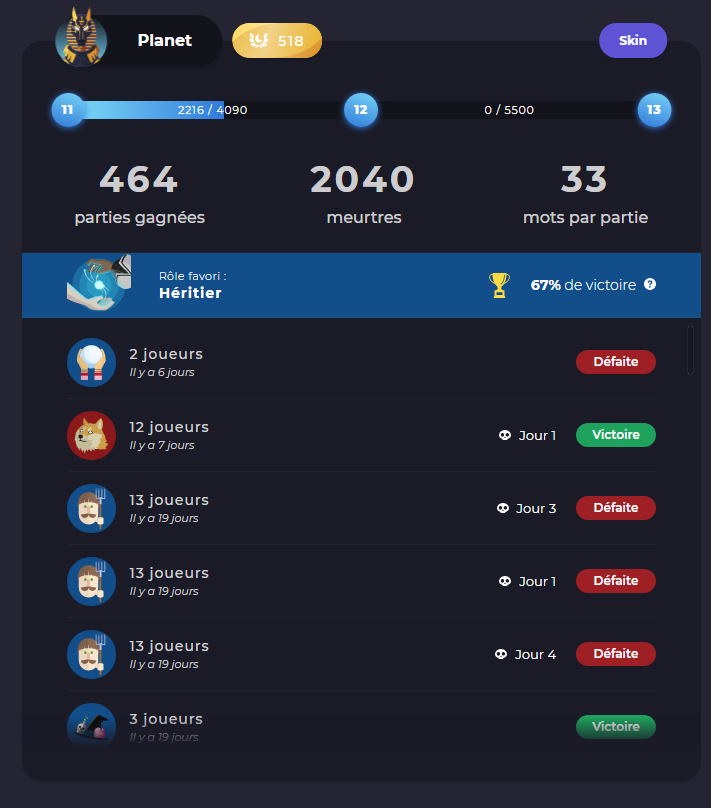 This way, you find different information such as:The player's role vie the color behind their skin or on their experience barThe player's levelTheir number of laurelsTheir skin by clicking on the "skin" button on the right of the laurelsTheir game historySome statistics, such as the games they won, the murders they committed in game or an average of words per game.Their favorite role appears after a few games and is determined by the highest success rate out of all existing roles.Learn moreNow that you know the ranking and it's functions, you surely want to be a part of it. For that we suggest these guides to help you improve:Wolfy in gameThe Hub: PlayFind WerewolvesPlaying the Seer