Articles on: Getting started

It is important to learn the technical particularities of every single Wolfy role.You can find here their official description, accompanied by different important details to know to fully master your games.

It is possible to consult important information of the roles during a game by going to the "Composition" tab and by passing your mouse on the role in question. 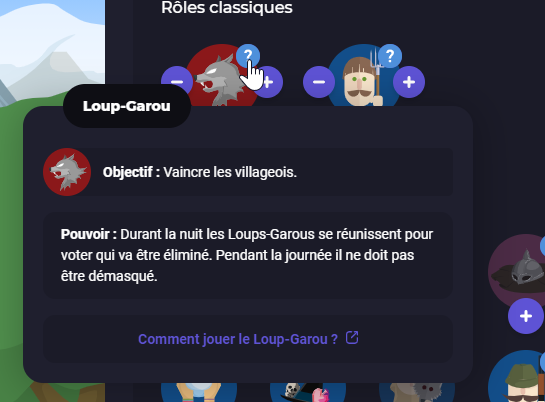 There are 20 roles proposed on Wolfy : 3 Wolves, 3 Solitaries and 14 Villagers.

There are 3 roles in the Werewolves' party : Werewolf, Black Wolf and Talkative Wolf. Their objective is to eliminate all the innocent and solitary players. 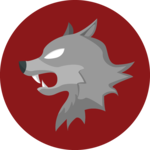 Defeating the villagers is their objective. During that night, the Werewolves join together and vote on who should be eliminated. During the day, they cannot be unmasked.The Werewolves are called once per night. They can discuss with other Wolves during their voting phase.If the vote leads to a tie, a player dies randomly among those who were targeted in the tie.No player will die if the Wolves don't target anyone. 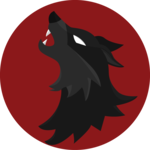 Defeating the villagers is his objective. During the night, he wakes up with all the other wolves. Once during the game, he can turn the chosen victim into a Werewolf.The Black Wolf is a Werewolf with a supplementary power.Once the victim has been chosen by the Werewolves, the Black Wolf has the possibility not to kill that person and to turn him into a Werewolf.The infected player keeps his original role and powers, and adds the Werewolf's characteristics: he wakes up at night with the other wolves to vote, and wins the game by eliminating the entirety of the village.The Seer cannot know that a person has been infected, which makes that player harder to identify and thus stronger.However, the Mentalist and the Gravedigger take in account his wolf identity via their powers.If at sunrise, it has not been proposed to the Black Wolf to infect a player even if no player has been infected yet, then the players can then conclude that there was no vote on the wolves' part, the Guard protected the Wolves' target, or the Red Riding Hood was the target. 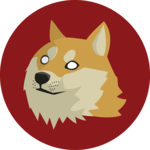 Defeating the Villagers is his objective. Every day, he receives a message indicating a word he needs to say before the sun sets, if he wishes to stay alive.The Talkative Wolf is a Werewolf with an extra constraint.He dies at the end of the day if he has not said his word.The word in question can be placed in classic messages, mayor presentations, and accusations.It can be camouflaged inside another word.He has no word to place when the Dictator takes over control (unless the power is taken over in the second round, during the mayor's election).

There are 3 solitary roles : White Wolf, Mercenary and Sick Rat. Their objective is specific to their role. 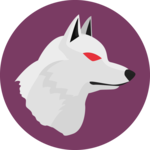 His objective is to be the only survivor, he wakes up at night with the other Werewolves who thinks he's an ally.One night out of two, he can eat another player of choice.Starting the second night and every second night, the White Wolf has the possibility to eat a player or a Werewolf during the Werewolf's vote (after the Witch).The White Wolf cannot be discovered by the villagers nor can he be discovered by the Wolves.The power of the White Wolf is superior to the protection roles. A protected Guard, or the Red Riding Hood, are vulnerable to the White Wolf. 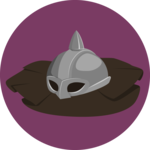 The first day, his objective is to eliminate the target given to him. If he succeeds, he instantly wins the game. Otherwise, he will become a villager.The target's username is indicated at sunrise.The first day, the Mercenary has the possibility to vote at the last second in the case of a tie on their target to influence the vote in his favor and instantly win the game. 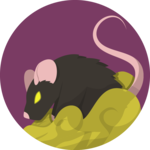 There are 14 villager roles: Simple Villager, Seer, Witch, Little Girl, Hunter, Guard, Cupid, Mentalist, Necromancer, Gravedigger, Dictator, Red Riding Hood, Pyromancer and Heir. Their objective is to eliminate all the Wolves and Solitaries (except the mercenary). 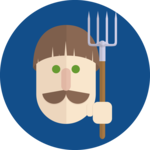 Their objective is to defeat the Werewolves. His word is his only power of persuasion to eliminate them. Stay alert for hints, and identify the culprits.In the case of an equality during the daily vote and if no mayor is elected, no player dies.The votes of the Villagers can be decisive in the fight against the Werewolves. 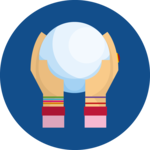 Her goal is to defeat the werewolves. Each night, she can learn the role of a player she has chosen. She must help the villagers without being found out.Use your power each night by clicking on the player of your choice to find out their role.Copying the text indicating the role of the observed player is considered unfair gameplay. 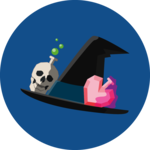 The Witch's objective is to defeat the Werewolves. The Witch wakes up every night and can use one of her two potion : save the Werewolves victim, or kill another player.The Witch can only use one potion every night. She can choose to do nothing.She only has one of each potion.Her potion overrides the Guard's protection. 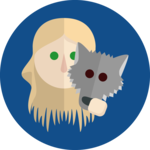 Her goal is to defeat the Werewolves. She gets up at night when the Werewolves are awake to spy on their exchanges.The Little Girl sees all the messages sent by the Werewolves at night. However, they are anonymized by a random username and avatar. 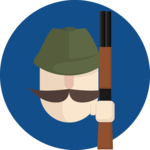 Defeating the Werewolves is his objective. His role has a direct impact on the village. When the Hunter dies he has the power to bring another player with him in his grave.The Hunter has the possibility to not kill a player when he dies if he finds that to be strategic. 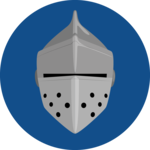 His objective is to defeat the Werewolves. Every night, he can protect a different player against the Werewolves' attacks.The Guard cannot protect the same person twice in a rowHe can protect himself.The protected player is still vulnerable to other attacks, such as the Witch's death potion. 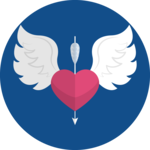 Defeating the Werewolves is his objective. The first night, he designate two lovers. If one of them dies, the other will follow them to their grave.Cupid only has the power to designate the two lovers. Once they've been named, he becomes similar to a Simple Villager.He can auto-designate himself as a lover.The two lovers can be in different party's. If a Wolf is coupled with a Villager, then they need to eliminate all the players to win the game.The two lovers can discuss at any moment through a private chat that you can activate via the button on the left of where you write messages.Copying the text indicating the information on your couple in the chat is considered as unfair gameplay. 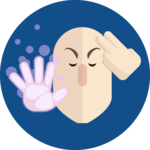 His objective is to defeat the werewolves. He can perceive the outcome of the village's vote 30 seconds before it ends.30 seconds before the voting ends, the Mentalist receives a message in the chat indicating if the vote is going well or not.He can therefore determine if the majority vote targets a Werewolf or not, and influence the players to change their vote.Copying the message indicating the outcome of the vote is considered as unfair gameplay.Contrary to the Seer, he can detect if a player has been infected by the Black Wolf. 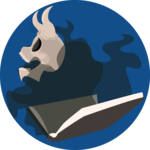 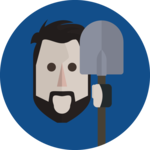 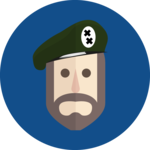 His objective is to defeat the Werewolves. He can take over the voting power of the village once in the game. If he executes a Werewolf, he becomes Mayor, otherwise he dies.After deciding to take revolution, the Dictator takes the vote at dawn.If he has targeted a Wolf and a Mayor is already elected, he becomes Mayor, if he has targeted a Villager, he dies.The Talkative Wolf does not need to place his word during the day if the Dictator takes power. 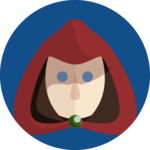 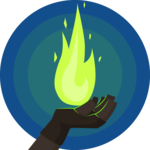 His objective is the defeat the Werewolves. Every night, the Pyromancer has the choice to place a Greek fire with a player, or to trigger an explosion.The Pyromancer can kill members from his own party, therefore he needs to have a strategy.There is no limited number of barrels to be placed, but if the Pyromancer dies without triggering an explosion, the players will remain alive. 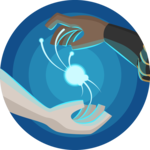 His objective is to defeat the Werewolves as long as he has not received another role. The first night, he designates a testator who will bequeath them their role when they die.The Heir recuperates only the unused powers of their testator (Witch's potion, Dictator's control of power...), with the exception of the Hunter and the Gravedigger.They do not recuperate the infection (Black Wolf) nor the contamination (Sick Rat) of their testator. They conserve the infection or contamination they previously had.If they inherit their powers from a Werewolf, the other wolves are notified that he will join the group.If they inherit the powers of a Dictator who died during the night of his revolution, the Heir will have to assume the consequences and continue the revolution in the morning.

You can refer to these guides to learn more about Wolfy:Wolfy in gamePlaying the WerewolfPlaying the VillagerPlaying the Seer